Demi Moore undressing down to a cleavage-baring bra and panties, bending over a bit as we see her cleavage in the reflection of a mirror before she steps into a black dress. In the second scene, Demi Moore sitting in a chair behind a guy who has his head turned, Demi unbuttoning and removing her shirt before the guy turns around to face her, giving us a clear view of her cleavage and revealing that her see-through bra shows her right nipple underneath. 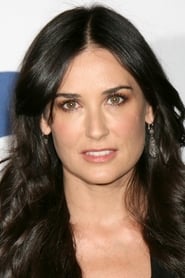 Demi Moore (November 11, 1962)
36Popularity: 36Place of Birth: Roswell, New Mexico, USA
Demi Gene Guynes (born November 11, 1962), professionally known as Demi Moore, is an American actress and film producer. After making her film debut in 1981, she appeared on the soap opera General Hospital and subsequently gained recognition as a member of the Brat Pack with roles in Blame It on Rio (1984), St…
Known for: Ghost, The Hunchback of Notre Dame, G.I. Jane

Olivia Munn – Deliver Us from Evil