Shari Solanis sitting beside a guy on a couch on a rooftop as she unbuttons his pants and pulls his erection out, leaning over to kiss it and then give him a blow job. In the second scene, Shari Solanis undressing on a mattress on the floor as a guy watches from across the room. We see full nudity from Shari as she awaits the guy, who undresses and then joins her on the mattress. He sits down beside her and she reaches her hand between his legs to stroke him. Shari then lays back and he uses his left hand to rub between her legs. In the third scene, Shari Solanis fully nude on her back as a guy has sex with her on top of her. She then flips over, getting on all fours as the guy has sex with her from behind. Afterward, we see more full nudity from Shari as she lies next to the guy and talks to him. In the fourth scene, Shari Solanis fully nude as she places a mattress against a chair on a rooftop and lays down, inviting a guy to join her. As he watches, she gets up and stands beside a railing stark naked, showing her breasts, buns, and bush. She then fetches drinks and sits down beside the guy once again before turning onto her side to rest her head on his chest. In the fifth scene, Shari Solanis reclining in a hammock as a guy watches her pull her panties to the side and rub herself with her right hand. She masturbates to orgasm, rubbing her right nipple with her other hand at one point while rocking in the hammock. In the sixth scene, Shari Solanis waking up naked beside a guy on a mattress on the floor, walking over to the corner of the room to take a quick shower as the guy watches. She then climbs on top of him, showing full-frontal nudity as she straddles his face and he goes down on her as she arches her back. In the seventh scene, Shari Solanis naked as she rides a guy on a mattress on the floor, showing her breasts and butt as she has sex with the guy until they reach orgasm at the same time. She then climbs off the guy, showing full-frontal nudity as she stands up and begins to put on her bra. In the eighth scene, Shari Solanis naked as she sits on the floor beside a guy who is lying on his back. Shari shows her bare breasts while talking to the guy. In the ninth scene, Shari Solanis naked on a mattress on the floor with one guy as another guy enters the room and sits down beside them. Shari kisses both guys. She goes down on the first guy and tries to encourage the other guy to join in, but he leaves instead. In the tenth scene, Shari Solanis making out with a guy on a rooftop while naked, turning around and grabbing on to a railing as the guy has sex with her from behind. In the eleventh scene, Shari Solanis first seen sitting up naked on a rooftop in the morning light, showing her bare butt from behind. We then see Shari completely nude inside as a guy gets dressed and she talks to him, standing up and showing full-frontal nudity. In the twelfth scene, Shari Solanis making out with a guy as they undress each other on a rooftop at night, Shari ending up in just a pair of black panties as the guy sucks on her left breast. He then lays her down, pulling her panties to one side so that he can go down on her. As he does so, Shari removes his pants and begins to give him a blow job before he rolls on top of her in a 69 position. In the thirteenth scene, Shari Solanis lying on her back on a rooftop and engaged in a 69 position with a guy, giving oral sex to him as he goes down on her. After a while, she brings him to orgasm and he rolls off her, revealing that he has come on her stomach. We see Shari topless for a while as she then sits up beside him. 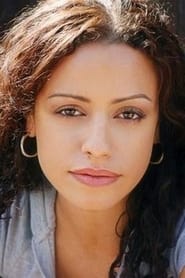 Originally from Philadelphia , Shari lived in a Jewish neighborhood with his mother and stepfather. Her father is a Vietnam veteran with whom she has remained close as well.