NOTE: Dubbed in Russian, but will be upgraded soon.

Kristen Stewart lying topless on her side on a doctor’s table as he gives her breast a sonogram. She then sits up and walks across the room, still without her shirt on. In the second scene, Kristen Stewart undressing in a closet, showing bare breasts as well as her butt in thong underwear reflected in the mirror behind her. She then puts on a web-like top that leaves her breasts exposed. She then looks around and instead finds a see-through bra to put on first, showing some more of her butt before finally walking into a bathroom nearby, looking at her new outfit in the mirror. In the third scene, Kristen Stewart sitting against some pillows in bed as she pulls up her dress and shows plenty of leg as she begins to masturbate. 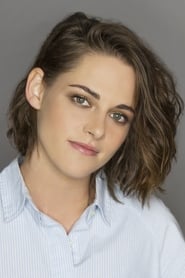 Kristen Stewart (April 9, 1990)
8Popularity: 8Place of Birth: Los Angeles, California, USA
Kristen Jaymes Stewart (born April 9, 1990) is an American actress and film director. Born in Los Angeles to parents who worked in show business, Stewart began her career as a child actor in 1999. She gained notice in 2002 for playing Jodie Foster's daughter in the thriller Panic Room. She subsequently starred in Speak (2004), Catch That Kid (2004), Zathura: A Space Adventure (2005), and Into the Wild (2007)…
Known for: Twilight, Into the Wild, The Twilight Saga: New Moon

0
Kristen Stewart lying topless on her side on a doctor's table as he gives her breast a sonogram. She then sits up and walks across the room, still without her shirt on. In the second scene, Kristen...

Kristen Stewart – Welcome To The Rileys

0
Kristen Stewart of Twilight fame playing a stripper who wears fishnet stockings and taped red X's over her nipples as she talks with a guy while on stage, then moves to a private room with him...

Kristen Stewart – On the Road

0
Kristen Stewart sitting topless between two guys in the front seat of a car as they drive down a highway and we see both her breasts. She then reaches her arms down and gives the guys handjobs, one...