Jessica Paré showing her large, wet breasts as she rides a guy in a bath tub, bouncing in his lap while holding a couple bath sponges as she has sex with him. 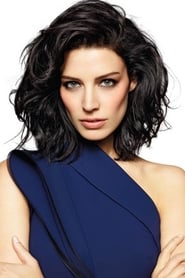