India Hair giving us an explicit look between her legs as she lies on her back with them spread and a guy rubs her with his fingers for a bit. He then goes down on her before moving up to have sex with her, at which point we see her breasts as she lies underneath him. We then see her lying on her side facing him afterward her breasts mostly hidden behind his shoulder. In the second scene, India Hair fully nude on her back on a bed, the camera near her knees and looking up so we get a clear explicit view between her legs. We then see her breasts from the side as she talks to a guy who rests his head on her stomach. In the third scene, India Hair lying naked on her side in bed, stroking his penis with her hand, jerking him off for a bit. We see her right breast before the view moves in closer to her face. 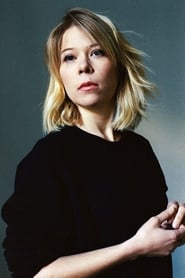 India Hair (January 1, 1987)
1Popularity: 1Place of Birth: Saumur, Maine-et-Loire, France
India Hair (born 1987) is a French actress. She was born in Saumur to an American father and an English mother. Her film credits include Camille Rewinds, Jacky in Women's Kingdom, Brèves de comptoir and High Society. She has also appeared in the television series Boulevard du Palais.

Known for: Camille Rewinds, Jacky in the Kingdom of Women, Mandibles